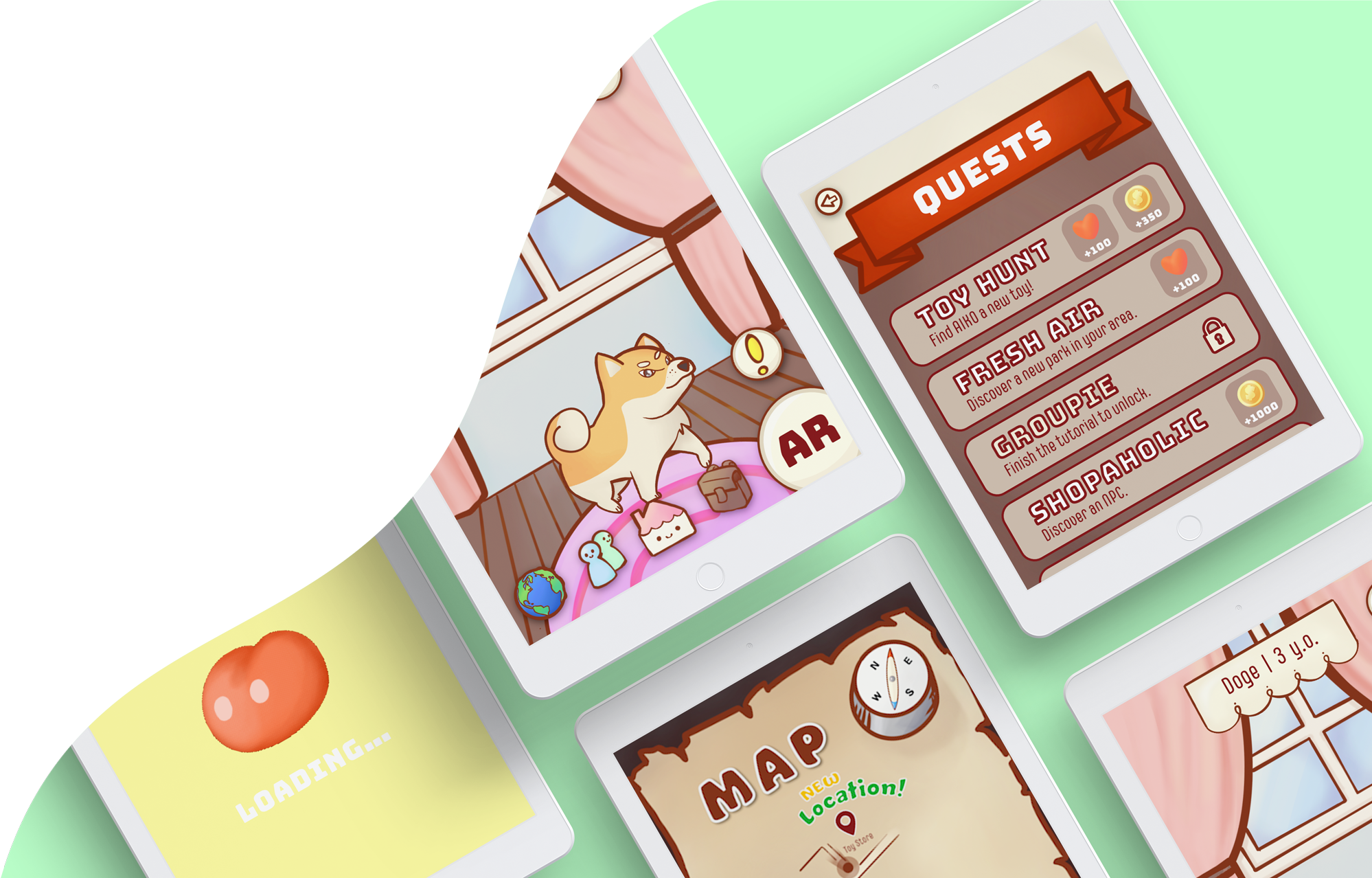 Aiko is our prototype for a virtual/AR pet app. Aiko aims to promote curiosity in outdoor play. By using AR to create magic in everyday environments, we believe that children can rediscover the excitement and magic of playing outdoors.

‍
The Challenge:
Many studies have shown that fewer children are playing outside in the 21st century than ever before1. According to a 2018 survey2, children's play time outside averages to only 4 hours a week, half that of their parents' generation. How might we create an engaging experience that provokes new interest in existing places?
‍
Our solution:
Aiko uses quest-based objectives to provide engagement and a system of location-based AR to generate unique NPCs and items, driving engagement and exploration.
1

When asked to create an AR app prototype, my team and I immediately wanted to design an app for children. We thought back to our own childhoods, when there was a surge of popularity for pet games that has since waned. To start, my team and I delved deeper into the features that made these old games click, and researched new and upcoming trends in AR and mobile gaming.
‍
Games like Tamagotchi and Neopets were not only a huge success, but brought us as children a sense of wanderlust and connectedness. These games leveraged the technology of the time to create exciting new experiences for children. Today, AI is faster and smarter, AR is easily accessible and mobile, and realistic textures create a deeper sense of physical presence.
‍
We broke down the components that made those old games so magical for us, and merged it with our research on the current technology of AR to create our concept for Aiko.

Having aggregated all the key features we wanted to include, my next step was to make a system map to visualize how each component interacted and flowed within the app.

Aiko's premise revolves around raising a virtual pet. Its wants and needs as it grows up leads the players through quests and missions around the neighbourhood. As players discover new landmarks in their city, the game generates NPCs, events, and collectables in those spots for players to revisit later.

The system map also outlines other features like onboarding, friends & multiplayer, and a virtual economy. 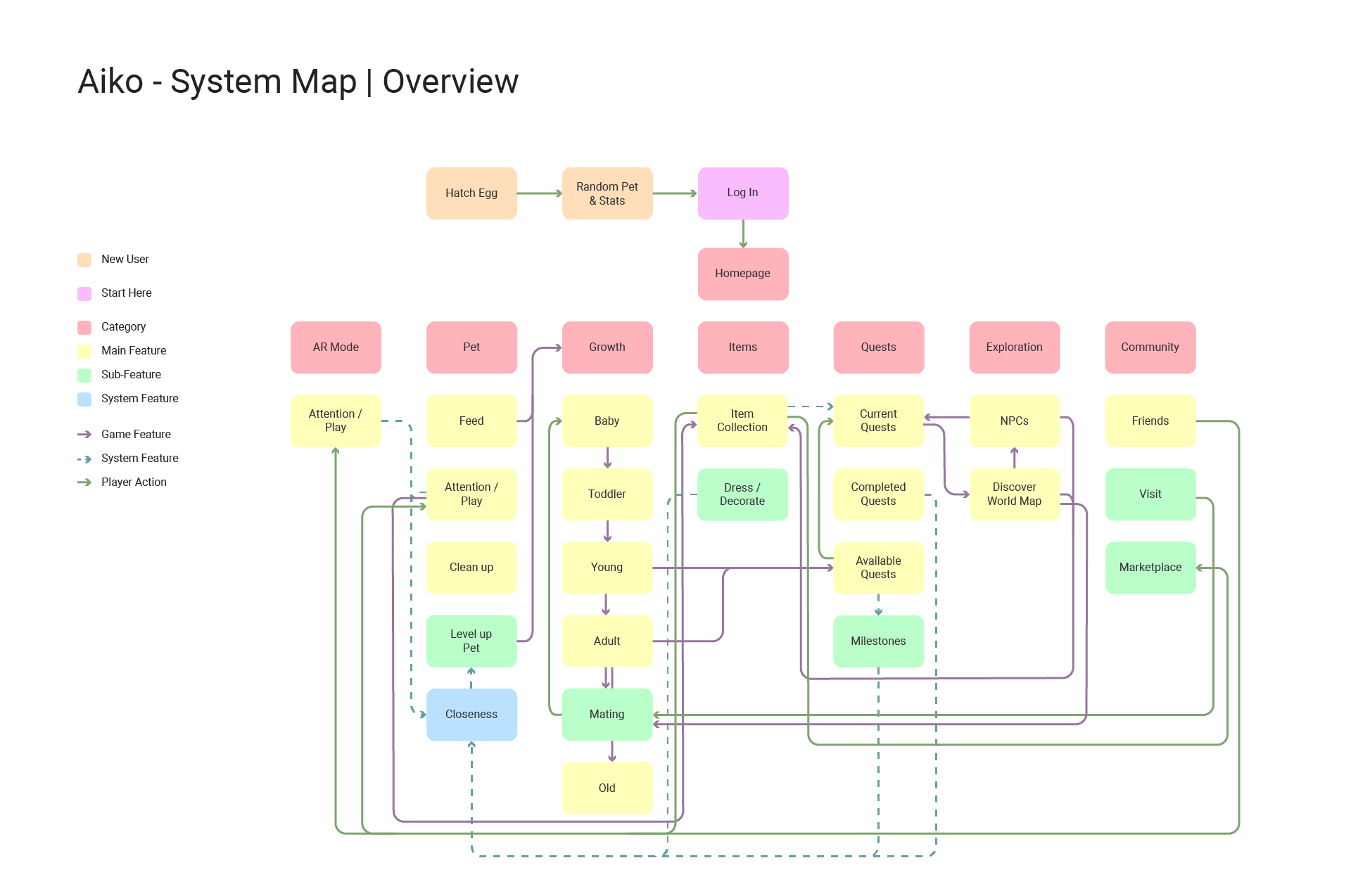 Following this, I drew low fidelity wireframes for Aiko as the first stage to UI design. 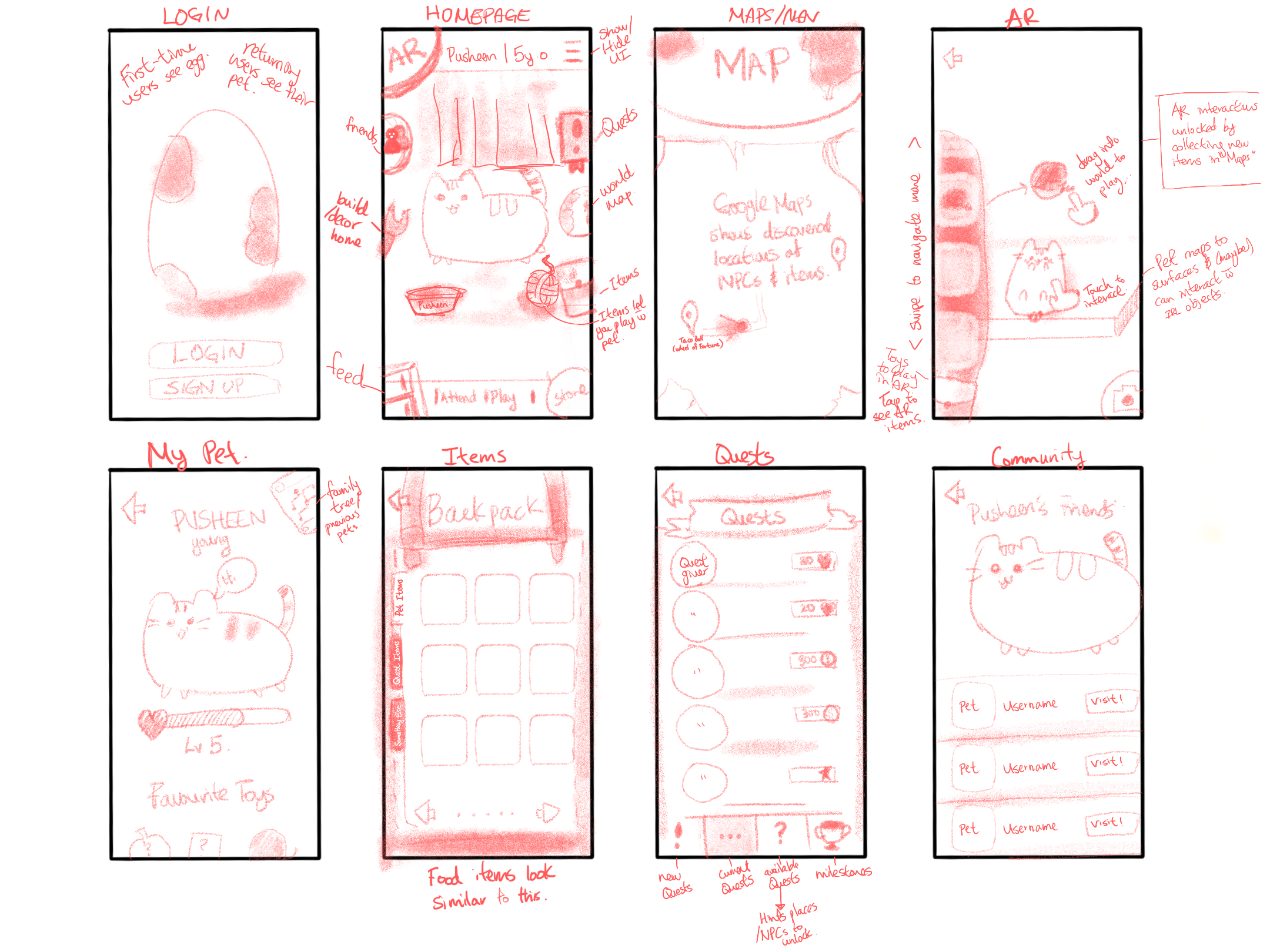 Next, I iterated on logo design, branding, and icons. At the same time, I started illustrating assets for the final mockup. 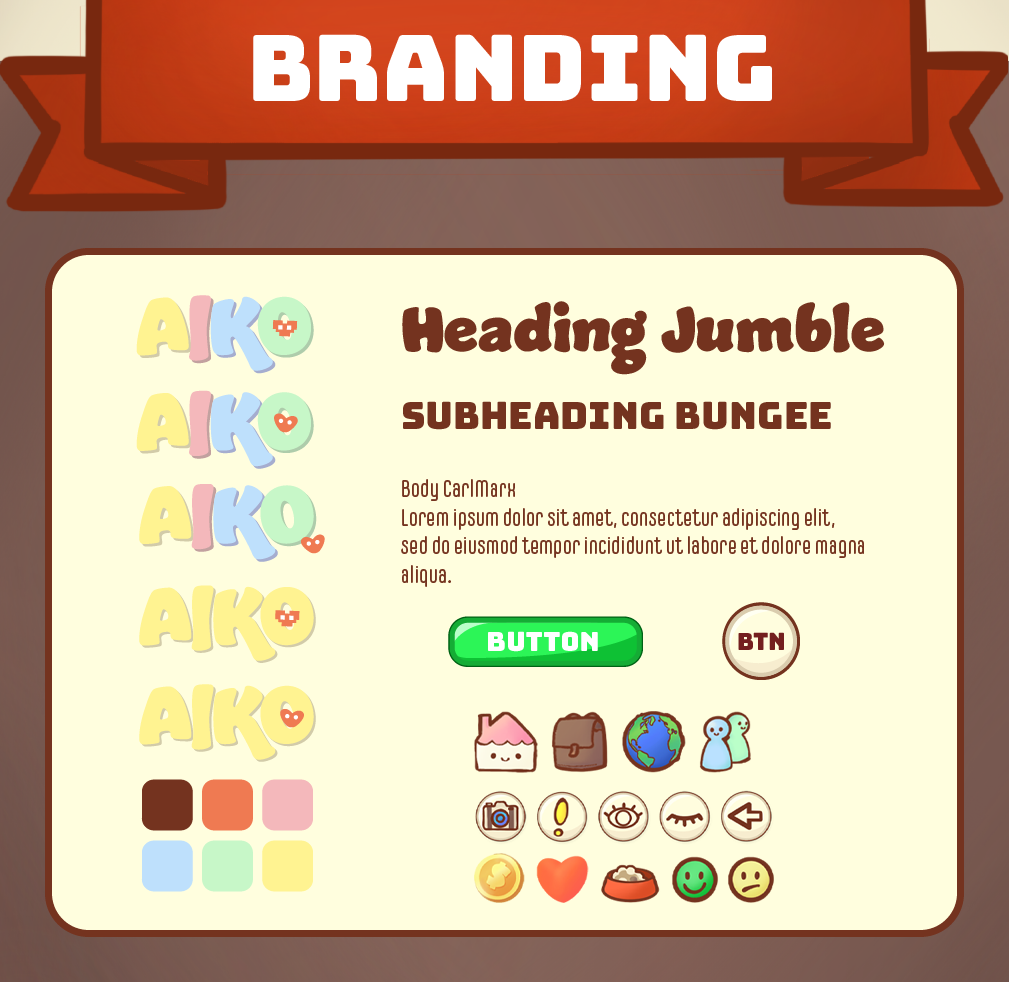 To demonstrate Aiko's features, my team and I decided to storyboard a proof of concept user journey. I made animated illustrations for each of the screens we needed. Using Torch AR, I also made scenes to showcase Aiko’s AR and interactive features. 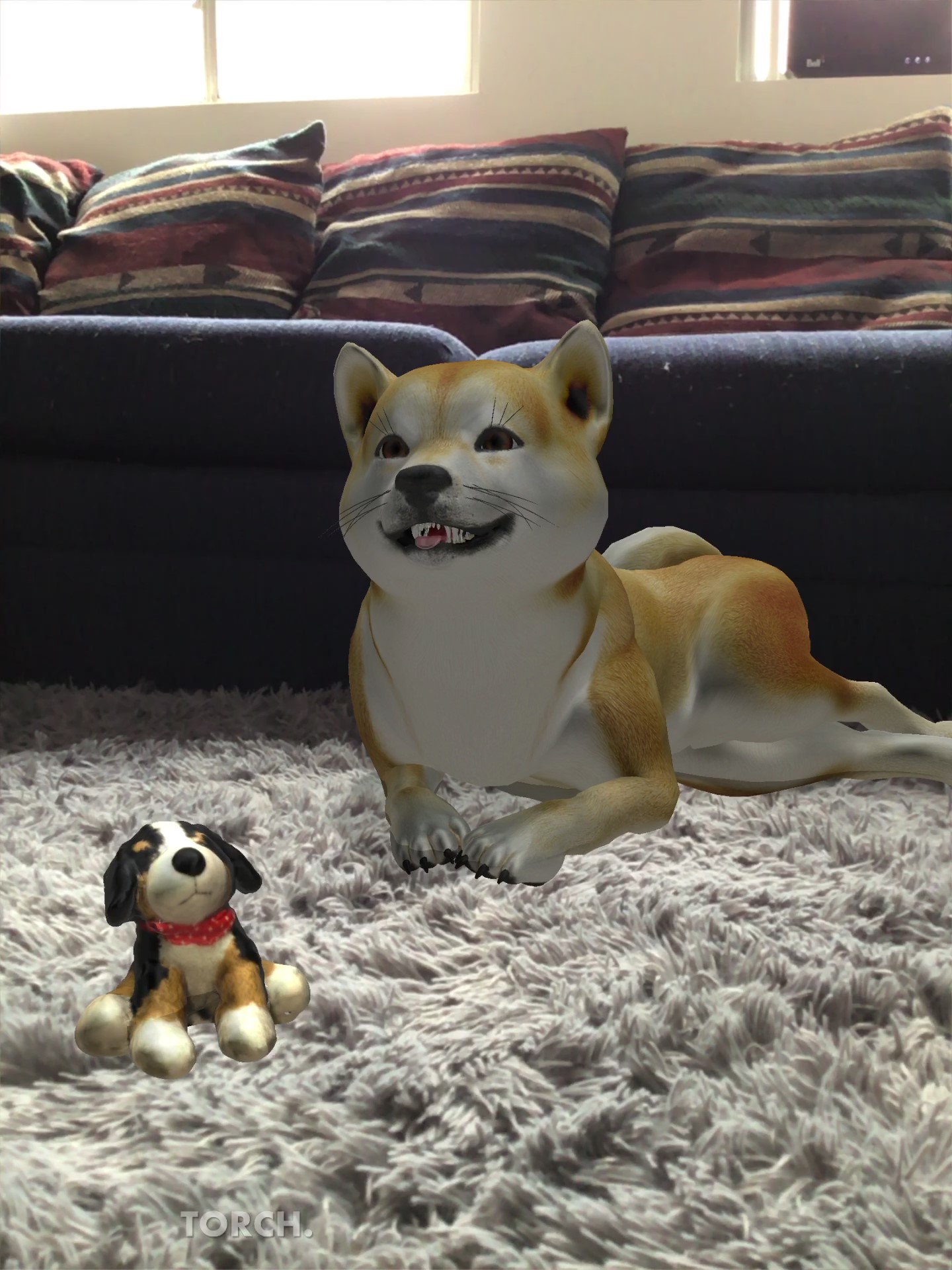 Here is the final video prototype for Aiko, walking through a player's journey to find a new toy for their pet.

Fill out this form or email me at jessicaqi@hotmail.com
Thank you! Your submission has been received!
Oops! Something went wrong while submitting the form.